Mapping the Mind with Nanotechnology

Professor Paul Weiss and Professor Anne Andrews were featured in an article by The Guardian (UK), discussing the “Brain” Initiative announced by President Obama in April this year.

In April this year President Obama announced a hugely ambitious science project, the “Brain” Initiative (Brain Research through Advancing Innovative Neurotechnologies). Obama was giving his support, and the promise of hard cash – $100m (£65m) in 2014 and up to billions of dollars in total – to a project that will last at least 10 years. The aim is to unpick exactly what goes on in the brain at the level of individual neurons, to see how the human brain deals with emotions, memories, actions, and consciousness. 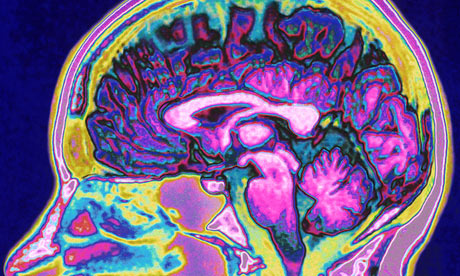 An ambitious new science projects aims to unpick exactly what goes on in the
brain at the level of individual neurons. Photograph: Pete Saloutos/Corbis

To understand these complex phenomena, it turns out that nanotechnology is going to be crucial. “The brain has always been nano,” says Paul Weiss, a nanoscientist at the University of California, Los Angeles (UCLA), and one of the original instigators of the project. The brain’s 100m neurons, and 100tn connections all work over nanometres, so to study the brain on its own scale nano-sized measuring techniques are absolutely necessary. But many of the technologies and tools that will be needed to probe the brain haven’t even been dreamed up yet. Nanotechnologists need to get busy.

This unknown element of the Brain project is quite a contrast to other large collaborative science ventures, such as the Human Genome Project for example, which worked out the sequence of all the base pairs in the complete set of human DNA known as the genome. “The Human Genome Project had a fixed endpoint,” says Anne Andrews, a nanotechnologist and neuroscientist also at UCLA. That isn’t the case with the Brain Initiative: “We don’t really know what we’re going to find,” she says. “We have to trust we’ll know it when we see it.”

To read the rest of the story, please visit the guardian.co.uk.