Professor Bill Gelbart was recently interviewed by UCLA Health to discuss the “Five intriguing facts about viruses that cause measles, Ebola and other scourges.”

UCLA Health (by Daisy Lin): Viruses are incredibly simple, arguably the most simple living organisms on the planet. They have no brains, no metabolism, and they can’t reproduce on their own.  Yet they are able to wreak incredible havoc on our bodies and to outwit the scientifically advanced weapons that humans have invented to fight their spread.

The battle against viruses seems to surround us. While the current measles outbreak in California continues to spread, Ebola is still ravaging Sierra Leone and other parts of West Africa. And a particularly virulent strain of Influenza is currently widespread in 46 states.

What makes viruses so potent?  How do they keep surviving?  Dr. Otto Yang, a UCLA infectious disease expert, and Professor Bill Gelbart, a physical chemistry-trained scientist who studies viruses, suggest their genius may be their ruthless efficiency.  They outlined five of the most intriguing traits of viruses:

1. Viruses are not really alive

Viruses operate on the border of life and non-life. Unlike organisms that are clearly alive, viruses don’t need food, and they have no metabolism. They have only a handful of genes (often as few as just three or four), unlike bacteria, which have about a thousand genes, and higher forms of life — like humans — with tens of thousands of genes.

“When a virus is not in a host, it’s basically an inanimate object,” Dr. Yang said. “It’s a piece of genetic information surrounded by some proteins.  It’s inert.”

You can even freeze viruses without damaging them.  “In fact, they do very well at low temperature,” Gelbart said.  “When they are warmed up, they will diffuse aimlessly like a speck of dust in the air until they land in the right host.”

Viruses never took the evolutionary jump to become independent, living beings. But they found a highly efficient way to survive and multiply — by being parasites that hijack living hosts. Once they enter a living cell, they begin to take over its biochemical machinery, according to Gelbart, “They recruit proteins that are already present in the cell, they activate cellular processes, they steal energy and raw materials.”  The captive cell begins to make proteins important only to the virus and to copy the viral genome, instead of copying the cell’s DNA  — which is what causes people to get sick. 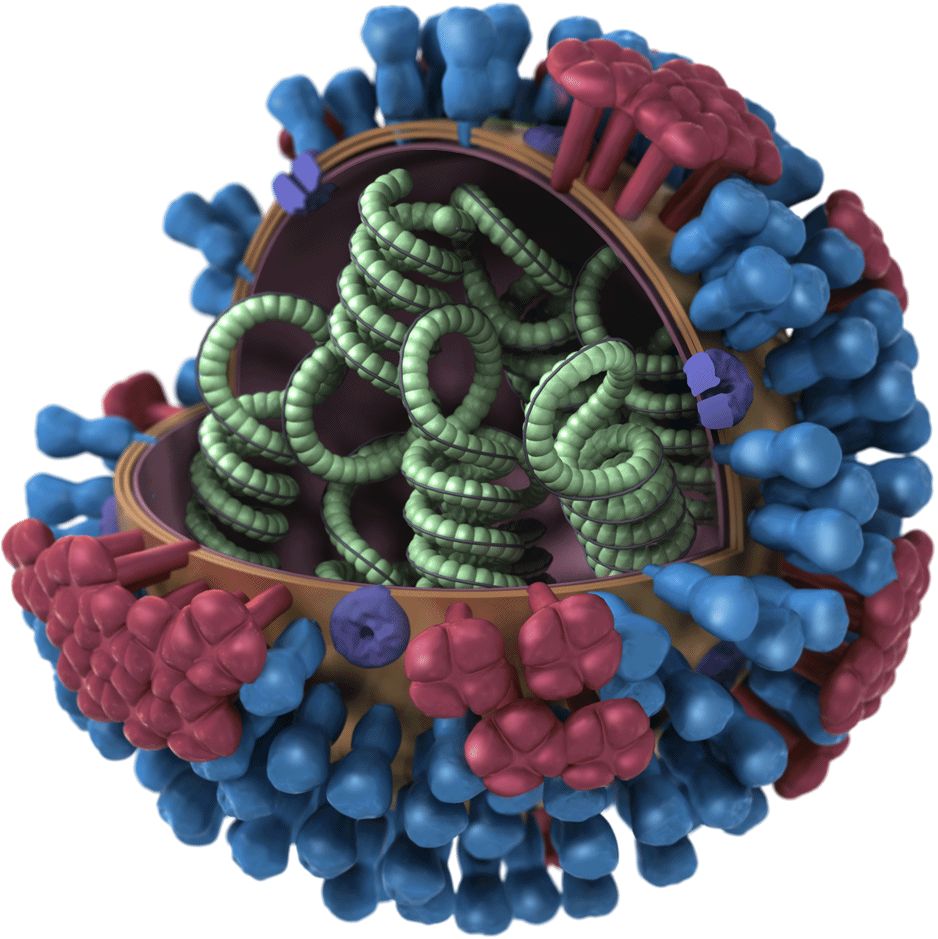 3. Viruses evolve faster than any other living organism

When one copy of the virus genome gets into a host cell, it multiplies incredibly quickly.  Within hours, thousands of copies can be made from a single virus.   Since viruses cycle through multiple generations so quickly, they end up making frequent mistakes when copying their genetic information.

“They can rapidly change their form through these mutations,” Yang said, explaining that this helps viruses to circumvent medications and elude host cell defenses meant to destroy them.

4. Viruses can be cooked up from scratch

Viruses are so simple that it is possible to assemble one “from scratch” in the lab, using just a few components. The recipe, in the simplest cases: Take the purified protein and the purified nucleic genome. Mix them in water under the right conditions for salt, acidity, and temperature. In time, those components will spontaneously organize into infectious virus particles.

Despite their destructiveness as disease agents, viruses are quite beautiful as physical objects under the microscope. “Viruses have higher symmetry than any other thing in nature,” Gelbart said. Most viruses have icosahedral symmetry, like an old-fashioned soccer ball with its 12 black pentagons and 20 white hexagons.

Researchers continue to learn more about viruses in the lab and to develop tools to fight them. In the long run, their simplicity may help scientists to target their defenses.