Proceedings of the National Academy of Sciences Profile

PNAS Early Edition has featured a profile of Professor Sabeeha Merchant to accompany her inaugural article, “Copper economy in Chlamydomonas: Prioritized allocation and reallocation of copper to respiration vs. photosynthesis.”

Extract: Organic molecules dominate the biological world, yet many of life’s critical molecular reactions depend on metals for catalysis. Sabeeha Merchant, a professor of biochemistry at the University of California, Los Angeles (UCLA), studies how cells keep track of crucial trace nutrients like iron and copper. 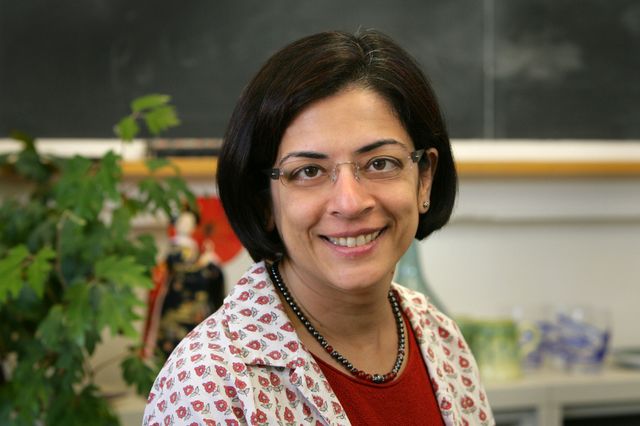 Her early work on Chlamydomonas reinhardtii, a single-celled alga that, like all plants, primarily uses a copper-based electron transporter during photosynthesis, revealed that the organism engages an alternate, iron-dependent molecule when copper availability is low. Merchant, elected to the National Academy of Sciences (NAS) in 2012, says, “I always get asked, ‘Why have two pathways?’” In her Inaugural Article, Merchant provides experimental support for plastocyanin as a de facto copper storage molecule. The protein is active during times of copper sufficiency but gets degraded to liberate its copper stores for other essential needs when the backup pathway is initiated in copper-deficient environments.

Link: Copper economy in Chlamydomonas: Prioritized allocation and reallocation of copper to respiration vs. photosynthesis